When Beyonce and her music mogul husband announced they would be going on tour for a second time for On the Run II, it was sure to be a show-stopping event. With the hype surrounding the tour, it is no surprise that designers were kissing Beyonce’s toes in hopes that she would showcase their designs, as well as make their official debut! 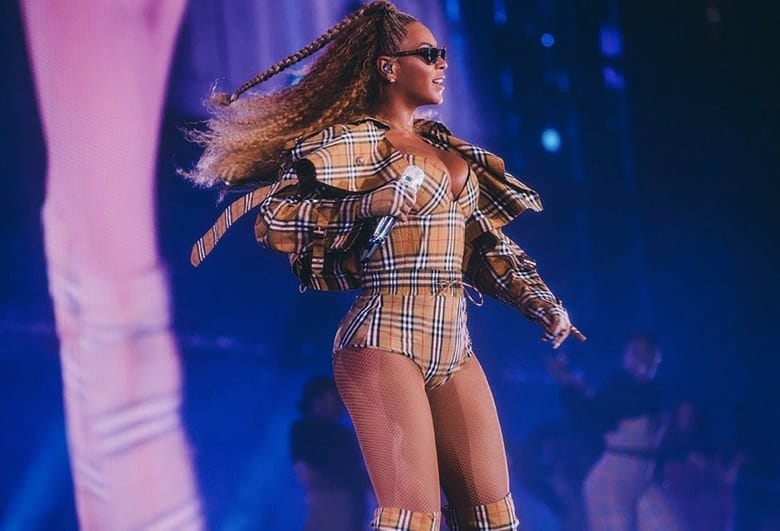 That is exactly what happened when Riccardo Tisci took over the creative side in Burberry and designed a custom-made ensemble for Beyonce on her world tour. Tisci replaced Christopher Bailey in March, after being the creative director at Givenchy for over ten years. Since starting his new job at Burberry, he has already made drastic changes, including a total revamp of the house logo. 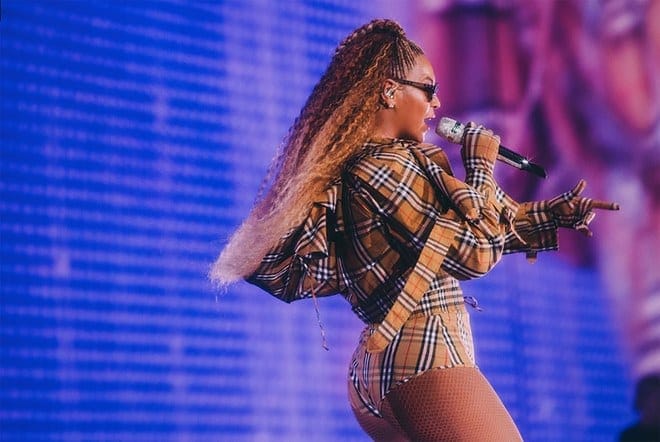 When Beyonce took to the stage in New Jersey over the weekend, she wore a Burberry bodysuit, cropped jacket, and thigh-high boots all designed in the label’s vintage check pattern. To top things off, she finished off her look with sunglasses in the same well-known print. This print, which has most often been seen on trench and raincoats, is now being reinterpreted in a more streetwear-inspired fashion.

With Beyonce taking to the stage around the world, it was believed she was the perfect candidate to debut these changes. This is not the first time the songstress has unleashed a high-fashion moment while touring the world. Just last month she wore a Fall 2018 Valentino couture gown that had only been seen once on the Paris runway. 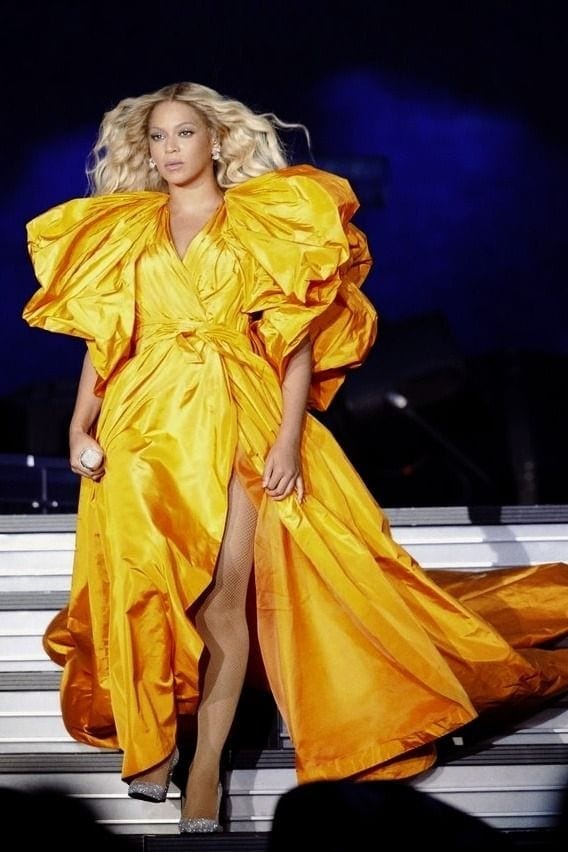 After all, she is Queen B, and she can pull off almost anything. More importantly, when she has the world hoping to catch a glimpse of her performing on stage, designers would be missing out on a massive opportunity if they didn’t have Beyonce wear their clothes for the first time. Queen B definitely does not want to be placed second, so it is essential to get her on board first!

The future can be pretty daunting, so why not just take a trip back to the ‘90s instead? This era ...