The Duchess of Sussex, Meghan Markle, is the name on everyone’s lips these days. She has caused quite a stir in the UK, changing up royal rules and recently announcing that she and Harry are pregnant with the next royal baby, who is due to join the family in Spring 2019. Although the initial announcement of the pregnancy seemed to have let a bad taste on some people’s lips, given that Meghan’s first appearance looking like she had a baby bump came at Harry’s cousin, Eugenie’s, wedding, taking away some of her thunder on the day, it seems everyone has come around. The world is thrilled to welcome the future prince or princess in a few months so that George, Charlotte, and Louis will have another adorable cousin we can all watch grow up. 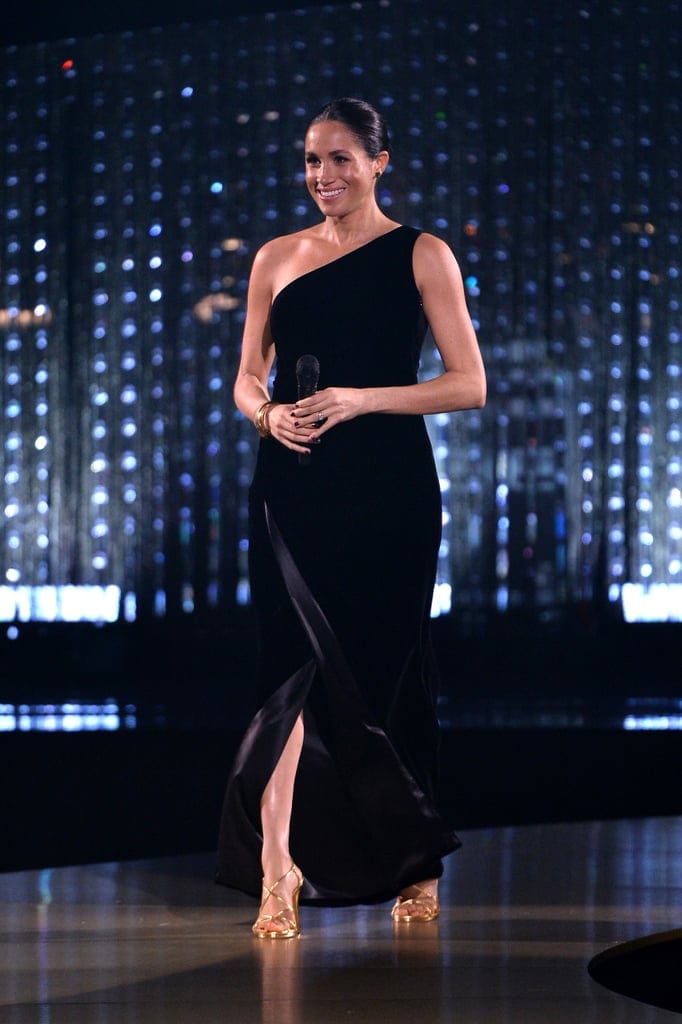 So when the former actress made a surprise appearance this week at the 2018 Fashion Awards in London on December 10, the whole world tuned in. She was there to award Givenchy designer Clare Waight Keller with a special honor. Givenchy is one of the Duchess’ favorite design houses, and Clare is the mastermind behind her wedding dress, so it’s no wonder Meghan was the one to present her with the designer of the year award. She presented the award alongside the famous English actress, Rosamund Pike. 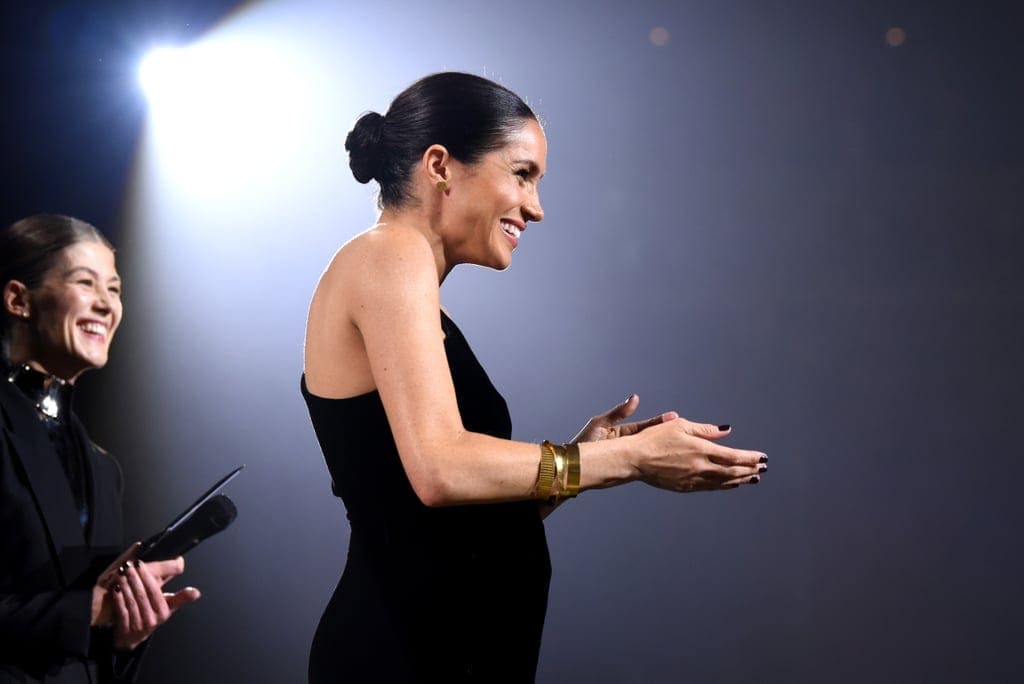 As she does with every public appearance, Meghan stunned the audience with her stylish ensemble. She was glowing in a long, block, one-should fitted gown as she walked on stage. She paired the dress with god Tamara Mellon heels and Pippa Small jewelry. However gorgeous her outfit was, what really caught everyone’s attention was the glow she gave off as she cradled her ever-growing baby bump on stage. As always, being pregnant hasn’t stopped the Duchess from looking amazing. Her maternity style is on point. 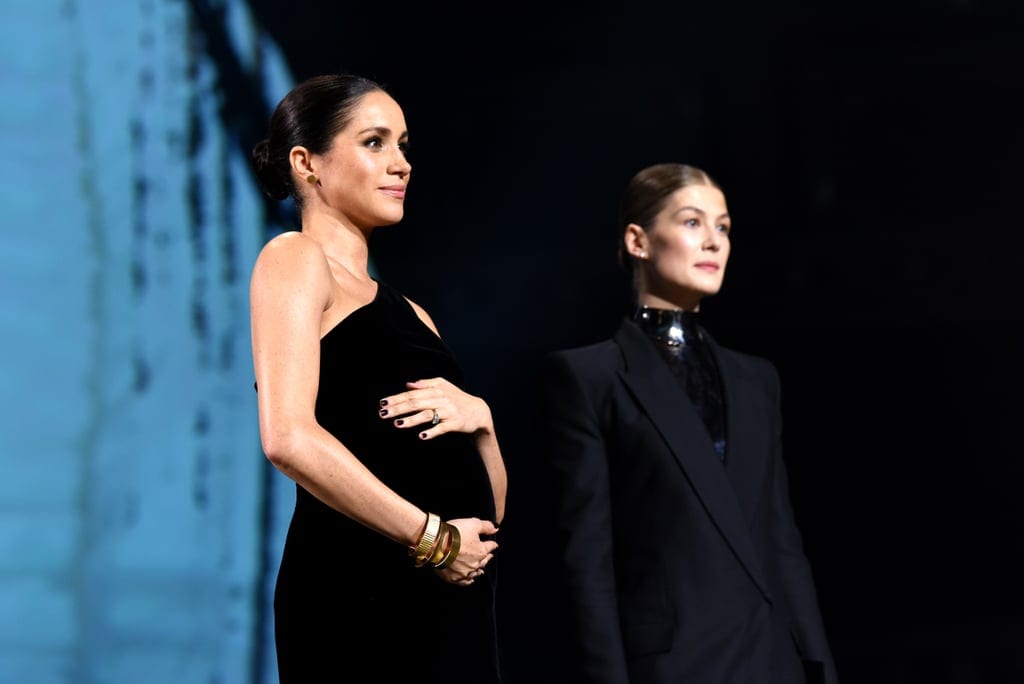 Is Rihanna About To Launch Her Own Luxury Fashion House?

Rihanna is one of the most famous ladies in the world who really can do anything - and we’re both ...

Why Victoria Beckham Doesn’t Wash Her Jeans, And Nor Should You

It is always that question in your head after buying a new pair of jeans which asks: 'Should I wash ...

Lady Gaga Dazzles In Givenchy On The Red Carpet

We've been used to seeing Lady Gaga in some extravagant outfit choices over the years, but as the ...