There’s plenty of room for fantastical elements on the runway in Paris, but Giambattista Valli has always been a designer who knows who to put that front and center at his shows. With a penchant for shimmery and glittering elements, it was only a matter of time before he worked that element into all aspects of his designs, including hair. 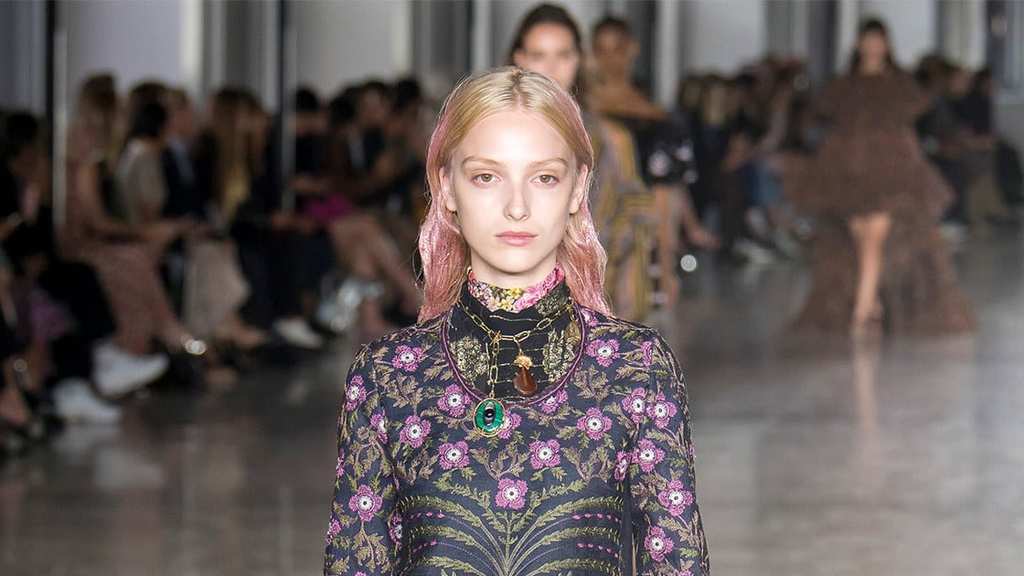 In past shows, Valli has leaned on the makeup artist, Val Garland, to add a touch of glitter to his models. This time, he wanted to add the magic touch to an unexpected area. With the help of hair maven, Paul Hanlon, Valli’s models look like they just stepped out of a fairytale. The girls making their way down the runway at Valli’s show could almost have been mistaken for not having had their hair done at all, save for the artful touch that Hanlon brought through color and sparkle. 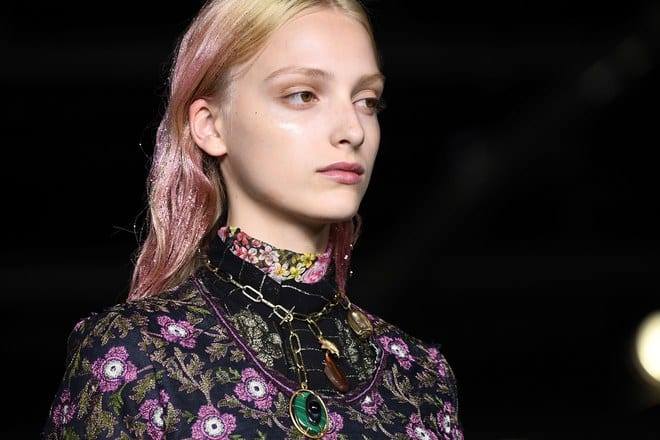 Each girl was given the just rolled out of bed look, which allowed them to highlight their natural hair texture, a fitting canvas for Hanlon’s ethereal design. Rather than being awash in glitter, it was a subtle touch, most frequently beginning towards the middle of the hair length, and increasing towards the end in an ombre effect that had less to do with color than with sparkle. 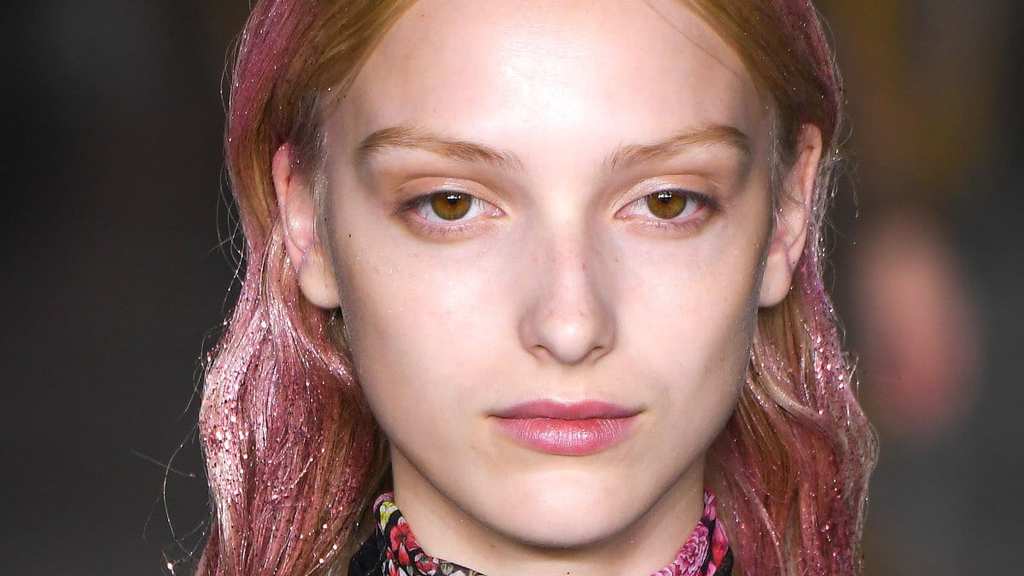 “Giambattista had me look at old photographs of [traditional] Indian ceremonies where colorful powders are thrown everywhere,” explained Hanlon to Vogue from backstage during the event. He also made judicious use of pastel colors, which he airbrushed onto the hair before finishing the look by dipping the ends into loose glitter.

To create the ombre effect, the glitter was gently brushed towards the roots, adding that flicker of magic that perfectly complements Valli’s design, rather than being an overwhelming element that takes over the look.

KENZO have pulled an absolute masterstroke, bringing in Britney Spears and photographer Peter ...

Christian Dior is going all out with its new high jewelry presentation, which they're showing off ...

Meghan Markle has gone from Hollywood actress to British royalty, so it is no surprise the world ...