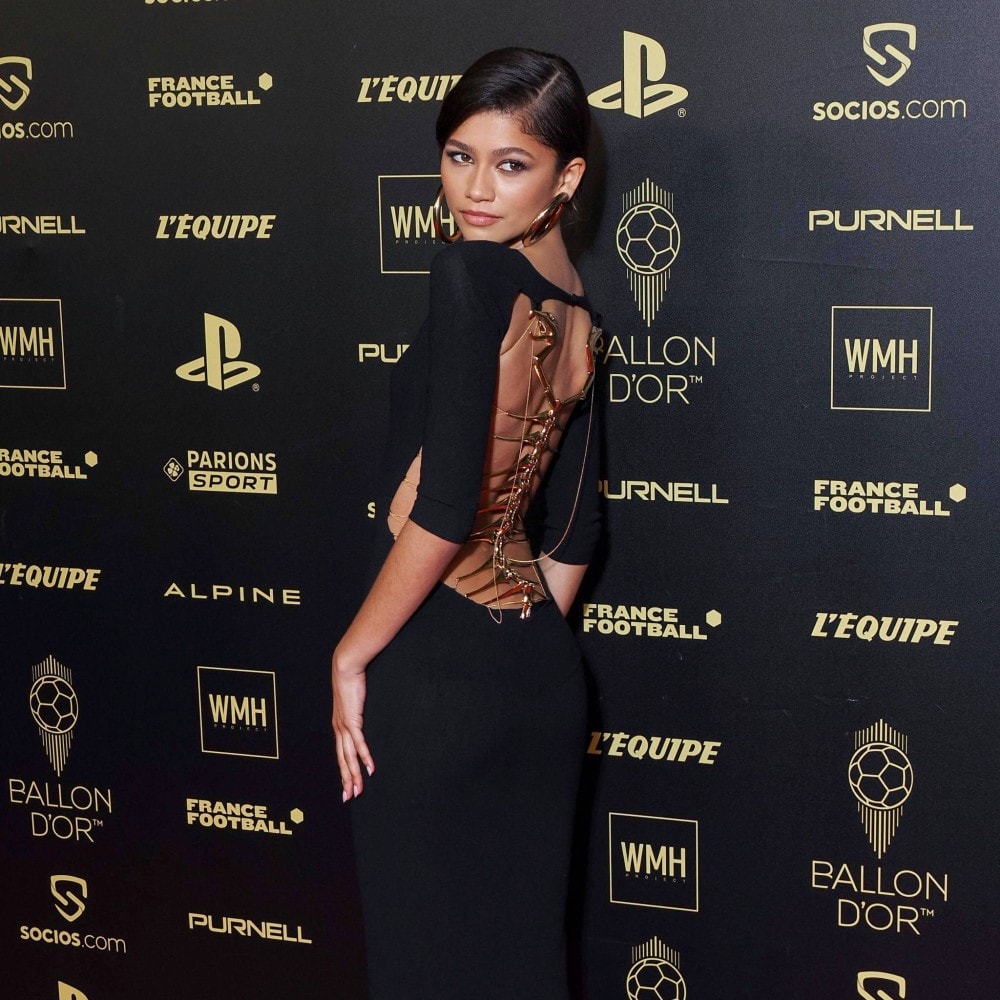 Popular youth style icon Zendaya has created another mic-drop fashion moment in a recent award ceremony. While attending the 2021 Ballon d’Or Ceremony, the 25 years old actress appeared on the red carpet in a vintage Roberto Cavalli look. The gorgeous ensemble from the label’s Fall 2020 collection was completed by an amazing modification, as an ode to Zendaya’s upcoming Marvel movie.

An incredible nod to the hugely anticipated upcoming Spider-Man movie, the formfitting black crepe de chine gown was given a creative spin by Fausto Puglisi, the creative director of Roberto Cavalli. The open back of the dress featured a striking golden spine detailing, instantly recognizable as the similar structure of the metal arms of the movie villain Doc Ock. The detailing was fitted with the dress with golden micro chains. She paired the look with a neat hair up-do, black kohl eyes, nude lips, and oversized gold hoop earrings from Jennifer Fisher. Trademarked image architect Law Roach, who is also Zendaya’s longtime fashion stylist, shaped her entire look.

The third installment of the rebooted Spider-Man series is famously bringing back a few of the classic villains from the series with the original cast. Doctor Octopus, commonly known as Doc Ock is one of them, who has a distinct feature of metal arms protruding from his back. It was not difficult for the Marvel flick fans to point out the striking similarity between the spinal detailing of Zendaya’s dress and the spinal structure of Doc Ock’s metal arms. Esteemed actor Alfred Molina is reprising the role of Doc Ock in the upcoming movie Spider-Man: No Way Home, hitting theaters on December 17. Starring Tom Holland in the titular role, the movie will feature Zendaya in the female lead, along with several other anticipated original casts from the previous two Spider-Man series. 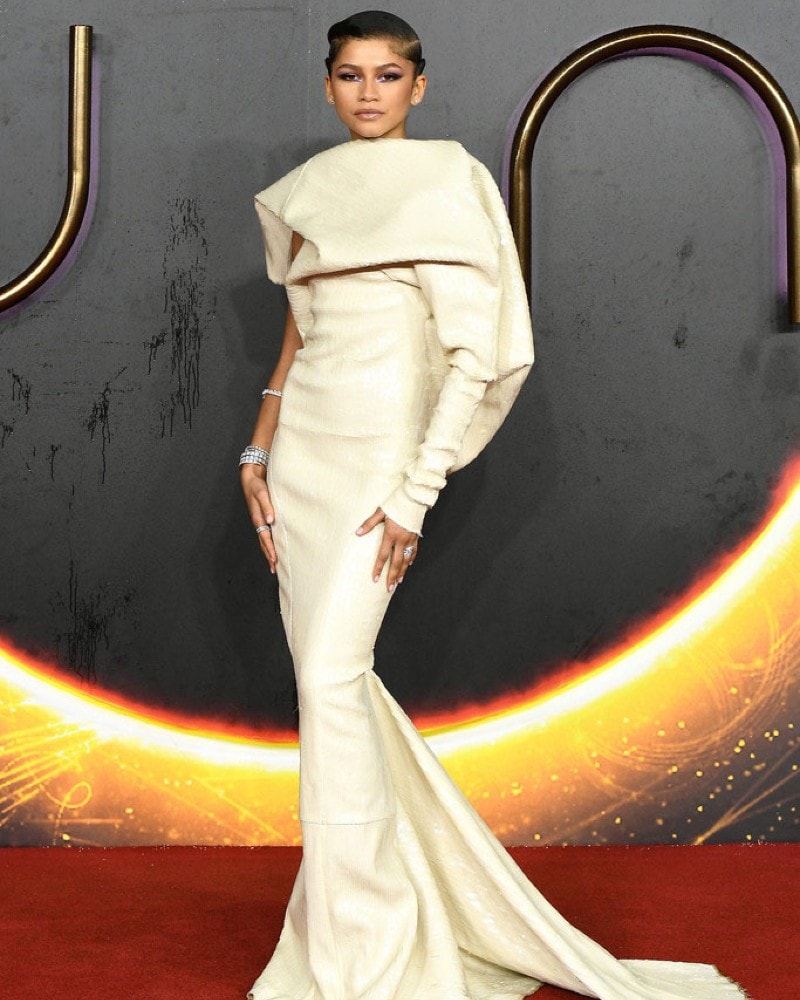 This custom Roberto Cavalli look is not the first film-centric creation of Zendaya and her stylist, as giving a nod to her film roles through bespoke red carpet looks, has been a regular practice for the duo. During the press tour of Timothee Chalamet’s Dune, Roach styled Zendaya in a formfitting beige-toned custom Balmain dress at the Venice Film Festival, creatively referencing the film’s sand dunes. At the film’s London Premiere, the youngest CFDA Fashion Icon awardee actress appeared in a warrior-inspired custom-made asymmetrical dress by Rick Owens, giving a nod to the central sci-fi theme of Dune. As the press tour for Spider-Man: No Way Home is about to begin soon, anticipations are mounted on Zendaya presenting several more standout red-carpet fashion looks, with the underlined reference of the movie.

Influencers Just Can’t Get Enough of This Sustainable Fashion Brand

It turns out that influencers just can't get enough of this sustainable fashion brand. Looking good ...

How To Feel Confident In Any Outfit

Hands up if you’ve ever tried on around ten different outfits before finally choosing the one you ...

The New Streetwear For Girls Who Are Sick Of Being Tomboys

When it comes to fashion, the streetwear market continues to be a strong force for men. Tracksuits, ...