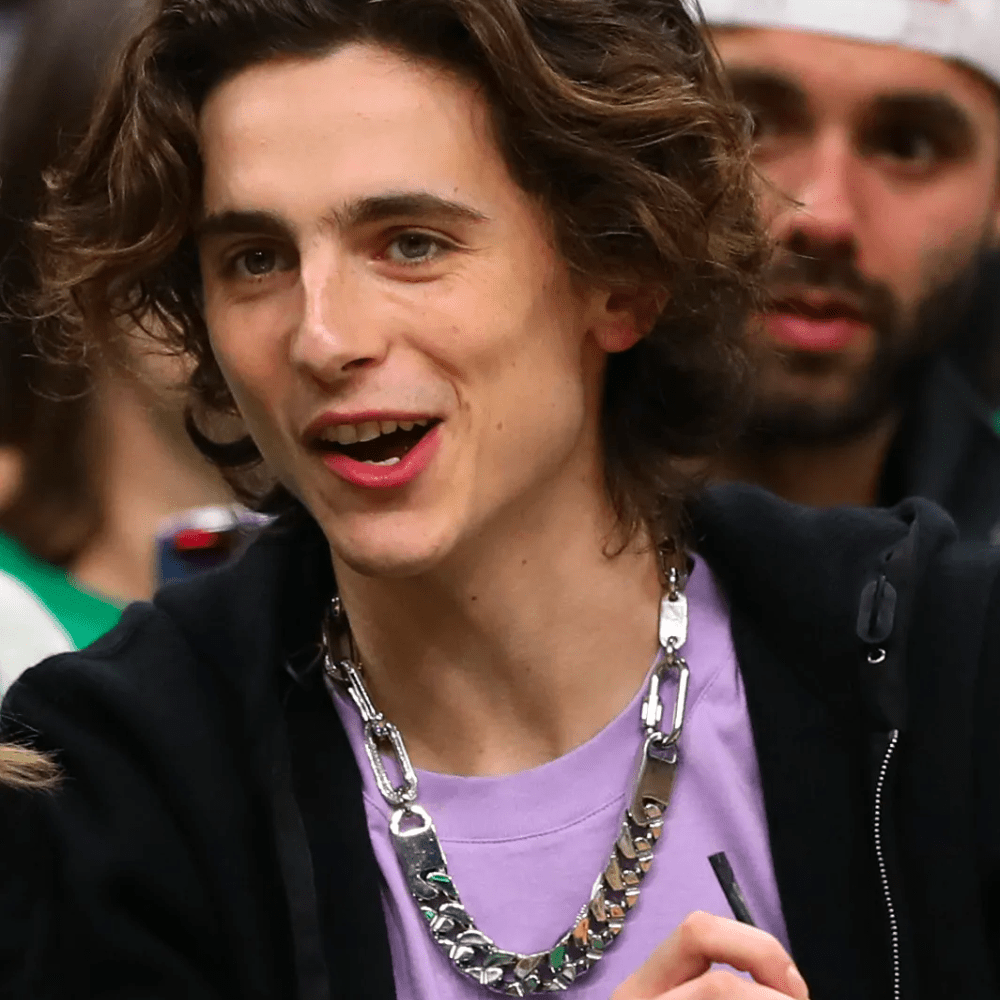 The American heartthrob Timothée Chalamet is known for his good looks and his bold choice of clothing and jewelry. He has been spotted wearing necklaces shaped like bugs and bones on the red carpet and effortlessly pulling them off. It all started with Chalamet’s breakout role in Call Me By Your Name, where his character Elio is given the Star of David necklace by his boyfriend. Let’s dive right into his jewelry box and see what his favorite pieces are. 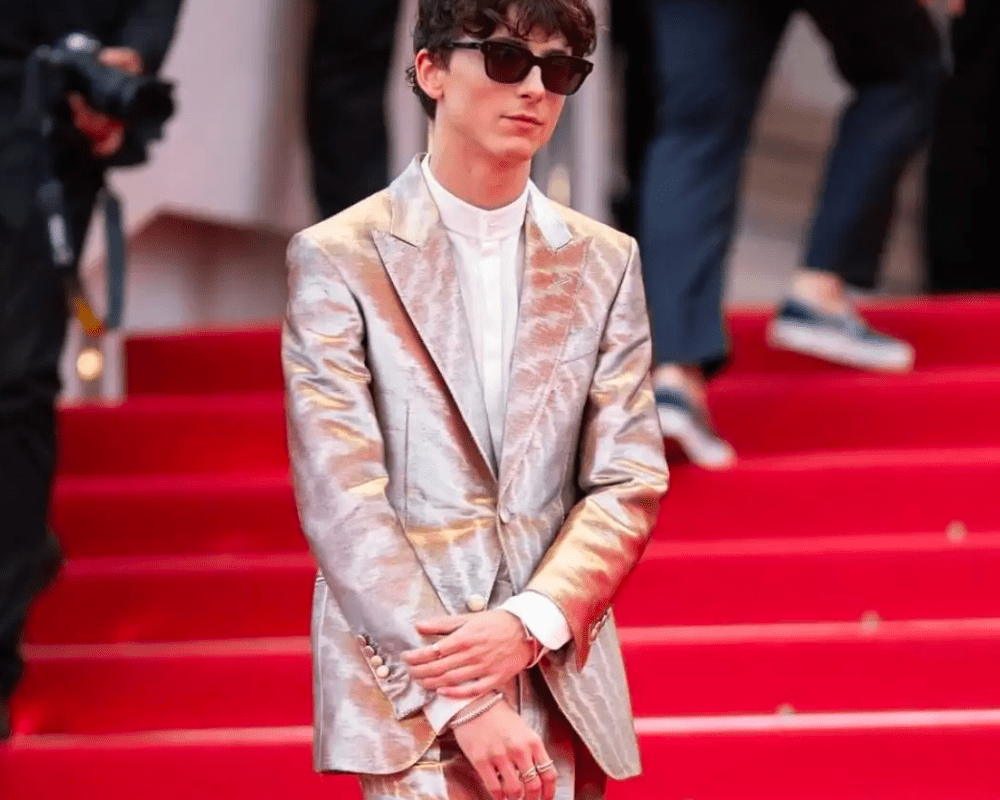 Timothée Chalamet’s pieces from brands like Louis Vuitton, Vivienne Westwood, and Cartier have always been the talk of the town. Chalamet’s role as Virgil Abloh’s ambassador has been a rollercoaster journey. The American actor definitely raised the flag high for a sustainable vision of Hollywood glitz at the 2020 Oscars by wearing a 1955-vintage Cartier Tradition brooch. He also sported a trio of delicate, futuristic Cartier pins — a platinum design from 1913 embellished with diamonds and pearls and a third vintage style in 18k white gold, diamonds, and an onyx cabochon — during the Dune press tour where he challenged Zendaya, his co-star, for supremacy in the Haute accessory stakes. 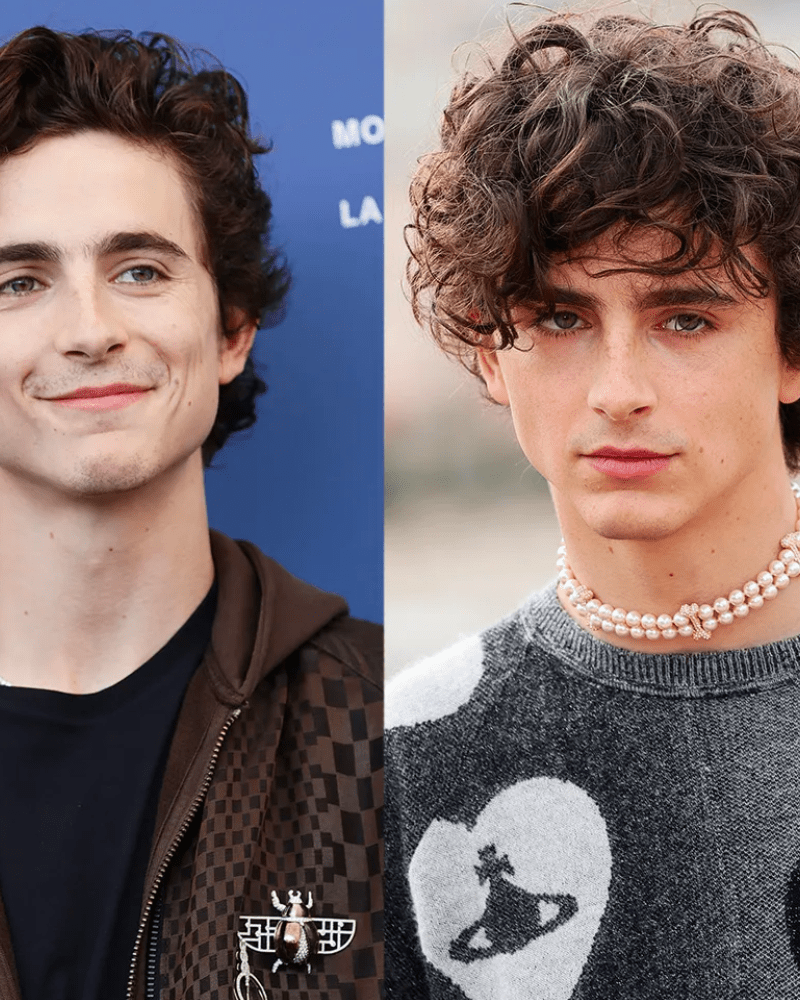 We have to say Timothée Chalmet has a remarkable checklist of the most renowned and sought-after pieces from the heritage house of Cartier, each of which has its own unique kind of symbolism. These include the Tank à Vis double time zone watch from 2002, a Hawk’s Eye Santos Dumont ring, a white gold onyx Tank ring, a suite of Panthère de Cartier pieces, and a Love ring. Vivienne Westwood, an English fashion designer, offers him figurative pieces infused with her distinct brand of dark humor. The milky Alexander McQueen suit and the femur choker Timothée wore to the Bones and All London premiere are some of the designs by Vivienne. In Milan, he complimented a sweatshirt with a heart motif with a second, eerily literal choker that was made of bones and had strings of adorable little pearls.

Chalamet’s preference for beautiful and moving things has given him the title of “generation’s heartthrob.” Timothée’s Chalamet’s fans adore his jewelry choices. His jewelry box reveals both everything and nothing about a twenty-something who moves around from hotel to hotel and is quite serious about his craft. According to the report, searches for hoodies increased by 196% in 2019 after Chalamet wore a Louis Vuitton sweater covered in 15,000 sequins and 3,000 Swarovski crystals.

Wedding season is pretty awesome, right? You get to surround yourself with love, you get to ...

When you think of the royal families across the globe, there’s a high chance that you immediately ...

Here Is How You Can Be a Mindful Shopper

Fast fashion has become a way of life for many people. With TikTok promoting a new trend every day, ...