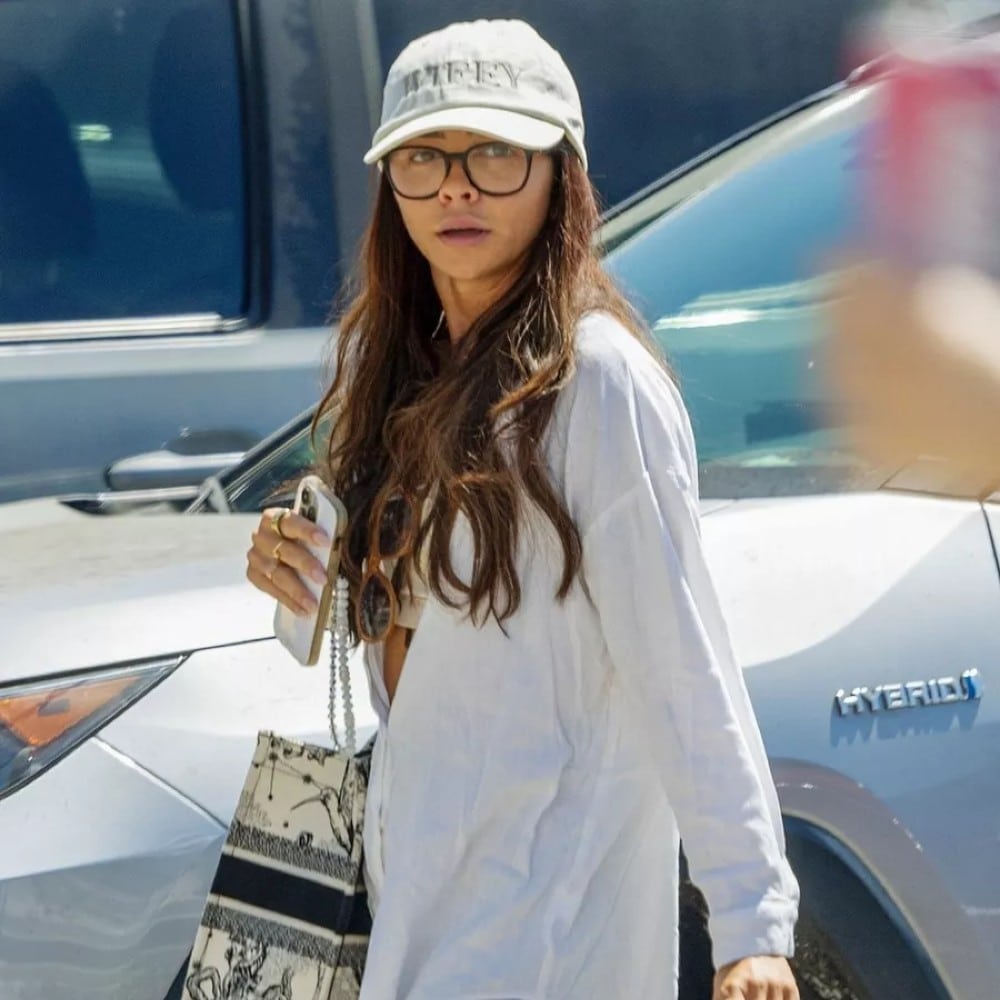 Actress Sarah Hyland is all for embracing her newest role! The 31-year-old Modern Family alum recently got hitched to TV and radio host Wells Adams. Shortly after returning from her honeymoon, the newlywed actress was seen running her errands in a smart and casual look.

Sarah Hyland recently stepped out in an oversized white button-down shirt and black leggings. But the star of her outfit was the white Wifey baseball cap. The actress kept her long brown hair loose under the cap and added big black-framed glasses and a summer-staple Christian Dior Book Tote with Toile de Jouy embroidery. A pair of brown perforated block-heeled mules completed her effortlessly chic look. 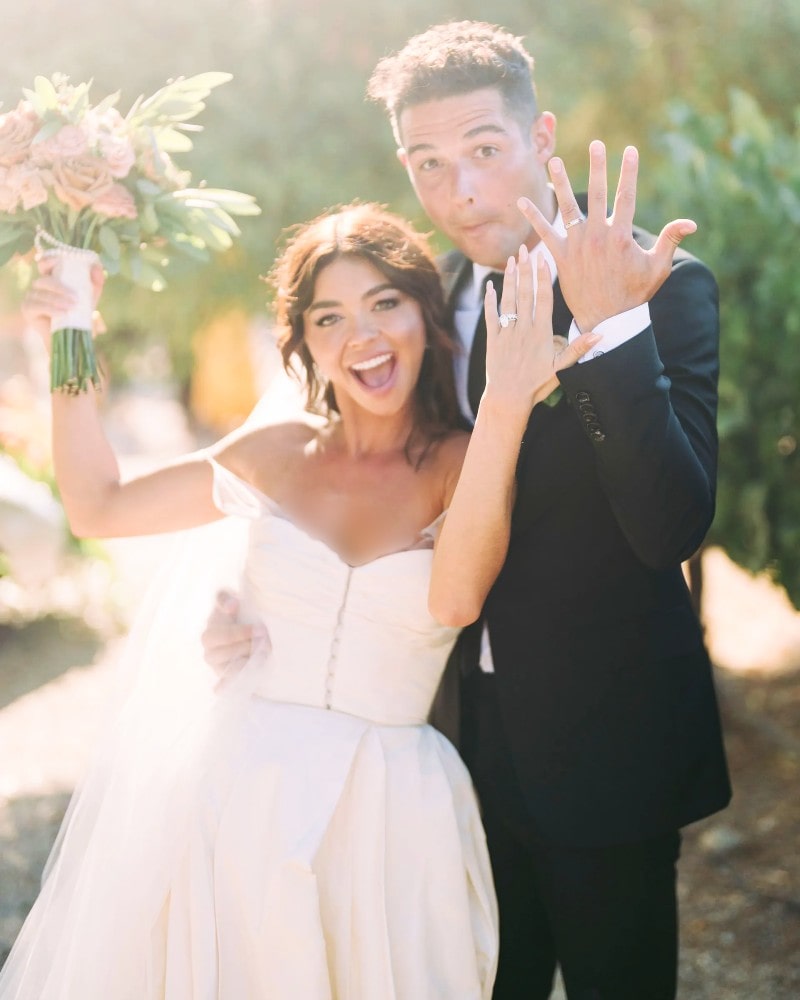 Wells Adams and Sarah Hyland tied the knot on August 20th at the scenic Sunstone Vineyards in Santa Ynez, California. The pair were surrounded by their families and friends on their big day, including many cast members of Modern Family. Hyland played Haley Dunphy on the superhit ABC sitcom, and her costars Sofia Vergara, Nolan Gould, Julie Bowen, and Ariel Winter attended the ceremony. Vergara’s son Manolo Vergara and Ferguson’s husband Justin Mikita were also present. Jesse Tyler Ferguson, who played fan-favorite Mitchell Pritchett in the series and is very close to the couple, officiated the marriage.

Sarah Hyland and Wells Adams first met on Twitter back in 2016 and got together in the fall of 2017. Hyland never shied to express her not-so-secret crush on Adams even before the pair got together. The actress has stated that she had a crush on Wells since 2016, after watching him on season 12 of The Bachelorette. The pair got engaged in 2019 and started to spend time together while documenting and sharing their romantic adventures on Instagram and Snapchat. After multiple delays in their nuptial planning, the lovebirds got the chance to start their new marital journey together this year.

Much like most of last year, 2021 is also enjoying a rather different red carpet season. With the ...