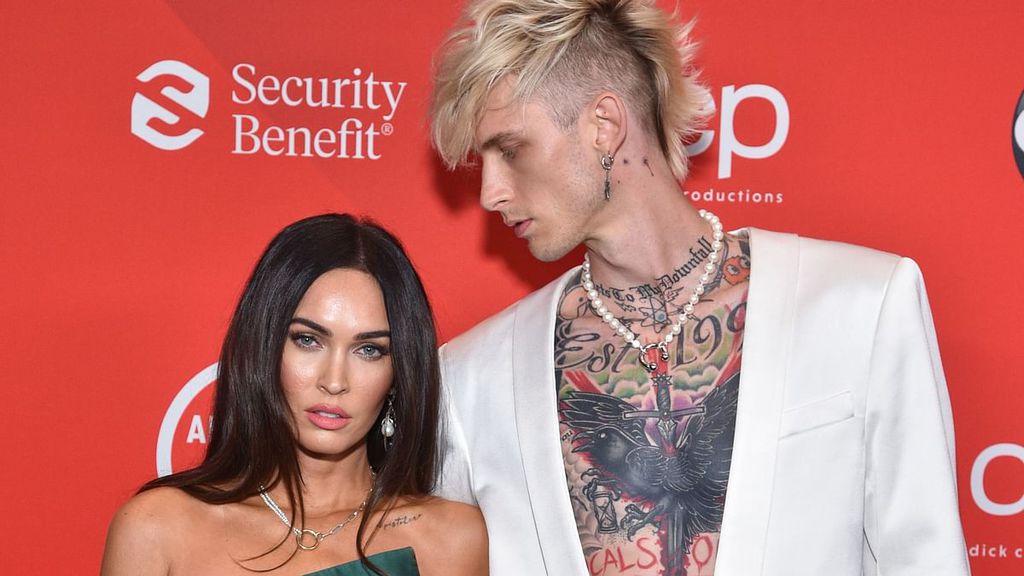 The 48th annual American Music Awards kicked in Microsoft Theater, Los Angeles. The AMAs are some of the biggest knights in the industry. Before the show began, celebrities hit the socially-distanced red carpet. They showed their interesting performance-ready looks before hitting the main stage. The annual awards show has a history of playful and rebellious outfits, and the 2020’s ceremony is no exception. A few celebrities were also spotted wearing outfits from Arab labels.

Megan Fox and her partner Machine Gun Kelly marked a great celebrity relationship milestone. They made their red carpet debut and were dressed on point for the occasion. 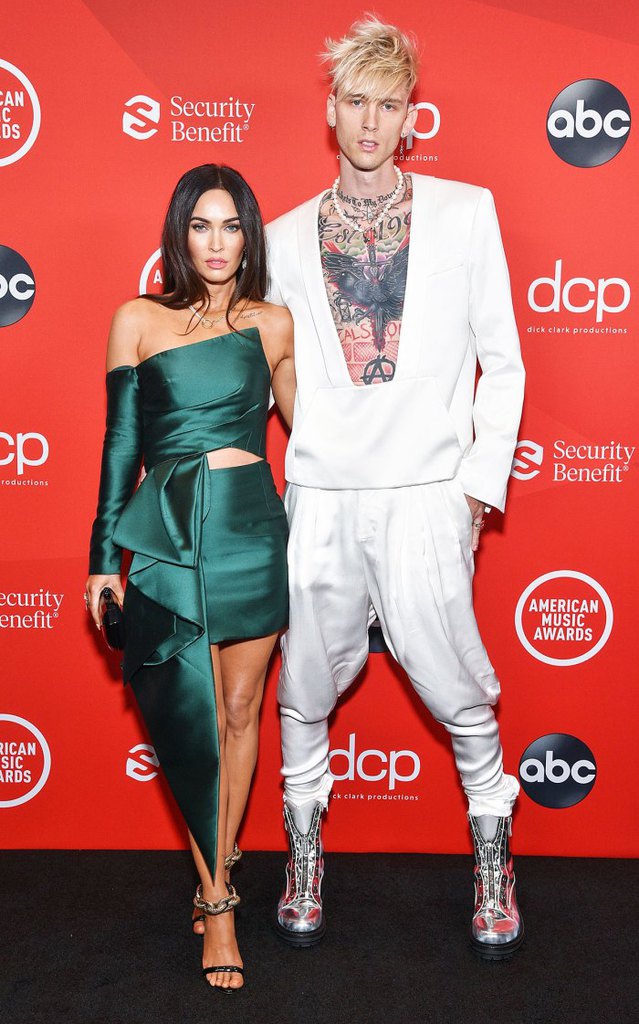 Beautiful Megan Fox And Her Outfit

The star of “Transformers” who presented an award at the ceremony, wore a matching A-line skirt and green asymmetrical top by Lebanese design duo Azzi & Osta. Megan Fox also paired the look with a Giambattista Valli sandals and a Tyler Ellis clutch.

The couture house, helmed by Azzi & Osta, is a bonafide celebrity go-to for important events like American Music Awards and such. Who can forget when Beyonce rocked up in New York in 2018 – a black fishtail gown from Azzi & Osta that took 300 hours to create?

The host of the event, Taraji P. Henson, donned a series of glamorous outfits throughout the evening, including a great ensemble by Beirut-based courtier Georges Hobeika. The famous 50-year-old actress kicked things off with a sequined, metallic Armani Prive mini dress, combining headwrap before she took to the stage to show off several interesting wardrobe changes. In addition to a Perry Meek catsuit, metallic Carolina Herrera gown, and a black-and-white Area dress, Henson also donned a custom outfit by Georges Hobeika outfit while hosting the show.

The look boasted a beaded, sheer skirt with a thigh-high slit and an asymmetric top featuring an oversized keyhole cutout.

All eyes may be on her sister-in-law, Meghan Markle, while she embarks on her Australian tour ...

Dressing Extra in Quarantine While No One Is Watching

When under quarantine, no one can see you. You are not supposed to leave your home unless it is ...

Why A Black Leather Blazer Will Be Your Fall Favorite

Let’s be honest; Fall is a difficult season. You wrap up in the cold mornings in your favorite ...