Keira Knightley appeared in a fabulous Chanel lemon suit, complete with a pink belt, as she was honored by Prince Charles with an Officer of the Most Excellent Order of the British Empire (O.B.E.) to honor her work with charities, most notably WaterAid and Oxfam. 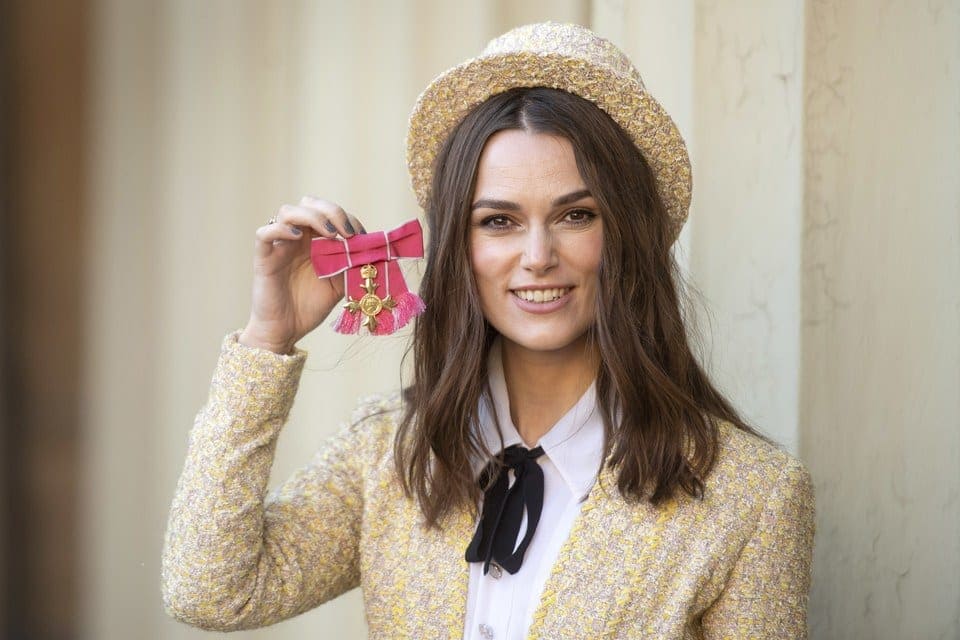 The outfit was released in Chanel’s spring/summer 2017 couture collection. It included a tweed jacket with a matching skirt, a white shirt, and a pink belt. She accessorized her fashionable outfit with a black bow, brown lace-up heels, and a white bag. And just like any other respectable female royal subject, Knightley topped her outfit with a hat. She was accompanied to the ceremony by her husband, James Righton, and her parents, Sharman and Kevin William, as Prince Charles pinned the O.B.E. to her Chanel jacket. 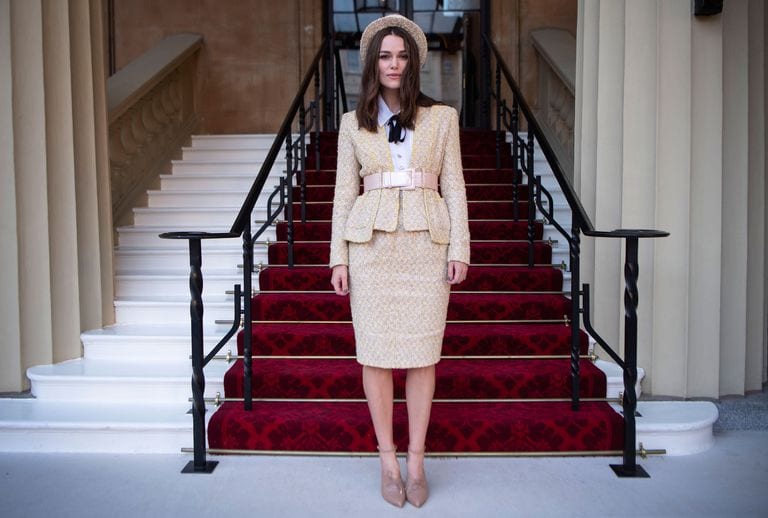 The drop-dead gorgeous actress and model beamed as the royal gave her the honor. Afterward, she posed for the press to take pictures of her outside Buckingham Palace.

Keira Knightley wrote an essay entitled “The Weaker Sex” in October that criticized Kate Middleton’s traditional appearance outside the Lindo Wing shortly after she had given birth, which understandably drew controversy. Middleton herself was said to be annoyed with Knightley. Despite rumors, it seems all is good between Knightley and the royal family, or else they wouldn’t have honored her. Or maybe the royal family, in spite of Knightley’s criticism, is simply able to look past that in light of Knightley’s extraordinary charity work. 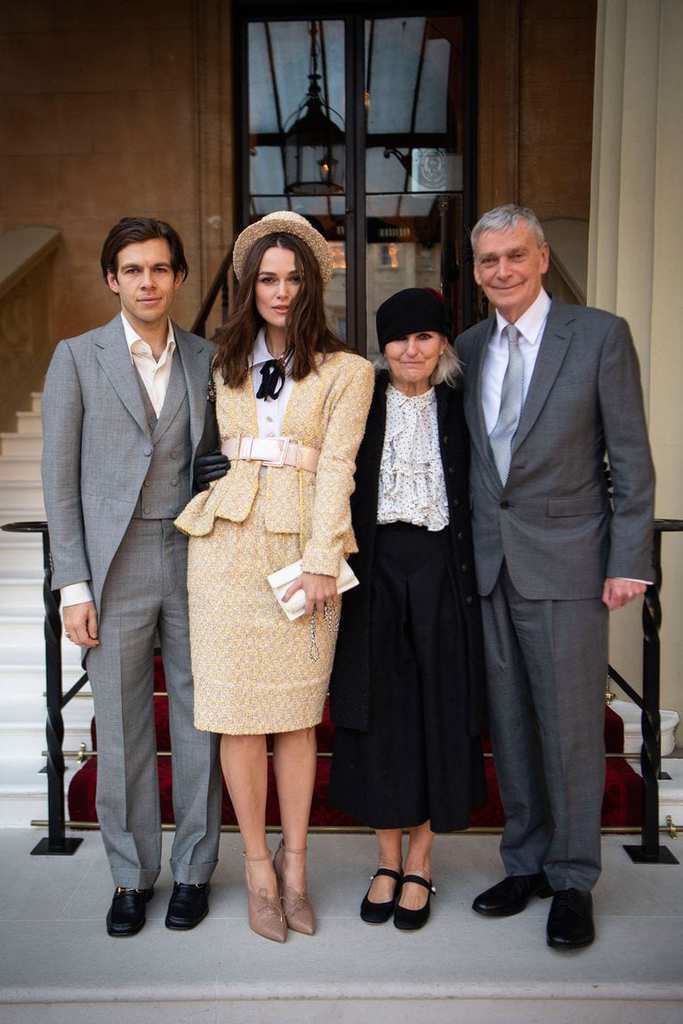 Her husband, Righton, broke royal protocol, which recommends wearing a black tailcoat, a gray top hat, and gray gloves, according to the Daily Mail.

This faux pas wasn’t as notable as Dame Emma Thompson’s, who accepted her damehood last month wearing sneakers in the presence of Prince William. She has long insisted that high heels aren’t mandatory for red-carpet engagements; now that she’s a dame, she can do whatever she pleases.

You know it, I know it, we all do - the Kardashian and Jenner sisters are notorious for their ...

If you love social media as much as we do, there’s a high chance that you love to keep up with your ...