As one of the biggest A-List celebrities in the world right now, Angelina Jolie is one to watch. While we may not all be able to replicate her talent in acting, nor pick up as many awards or accolades in our honor, we can attempt to look as chic and stylish as the Hollywood mother-of-six.

While out shopping in Los Feliz with her children, Shiloh and Knox Jolie-Pitt, Jolie brought back some Old Hollywood glamor with a classic Céline handbag.

The medium clasp handbag was perfectly styled with her all-black ensemble and, just like on most occasions, the Mr. and Mrs. Smith actress kept her style simply elegant. The neutral tone of the handbag provided the perfect contrast to her black separates, including her fluid trousers. 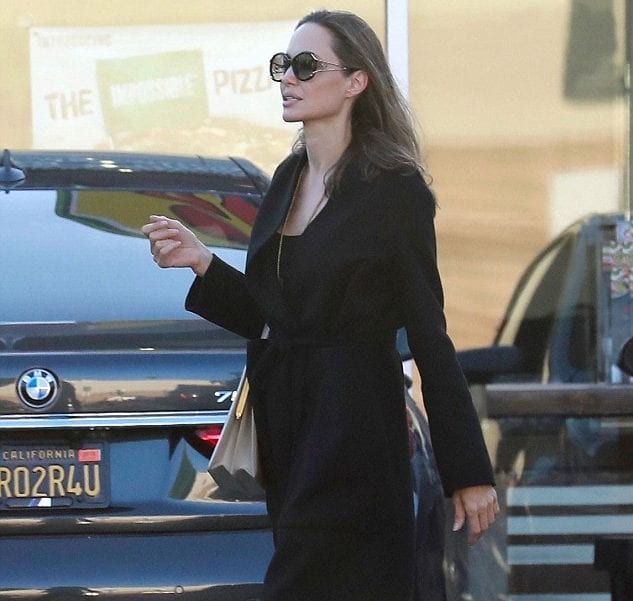 Jolie kept it feminine friendly with the coordinated suede stilettos, bringing her whole look to a sophisticated polish. Meanwhile, Jolie should have no problem being able to afford timeless pieces such as the Céline handbag which goes for around $3,300.

The actress is reportedly set to make $20 million to reprise her role as Maleficent in the box-office hit with the same name. This will also certainly help her with her brood of six while she is currently going through a messy divorce with her ex-husband, Brad Pitt. 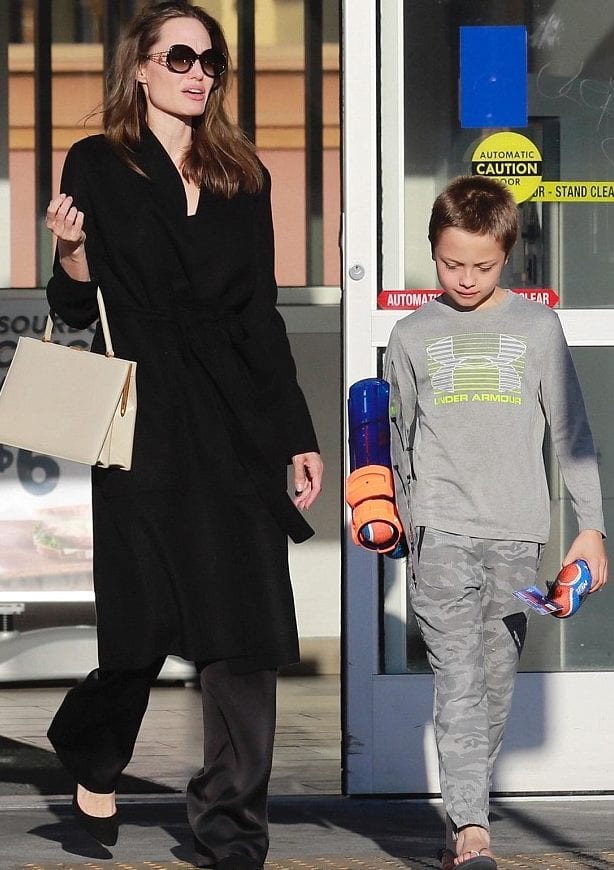 After taking a year and a half away from acting, it cannot be too long until we see Angelina Jolie gracing the red carpet once again. Having starred in many box-office hits, it goes without any doubt that the famous actress will strike again. We just look forward to seeing what she chooses to wear next at a glamorous red carpet or award ceremony.

While we’re used to seeing her sporting black on many occasions, whether it is for a celebrity event or just shopping with her kids, we are still sure she will look effortlessly chic.

Let’s face it - since American actress and model, Meghan Markle, tied the knot with Prince Harry, ...

It’s not very common for high-street brands to drop an item so popular and successful to repeat the ...

The Duchess of Sussex, Meghan Markle, is the name on everyone's lips these days. She has caused ...