After Gigi Hadid posted a photo of herself during her Mykonos vacation in June, fans caught sight of something they wanted to call their own. We’re not talking about the vacation spot, nor the boat she was sitting on in the Aegean Sea, but her multicolor striped handbag by Susan Alexandra. 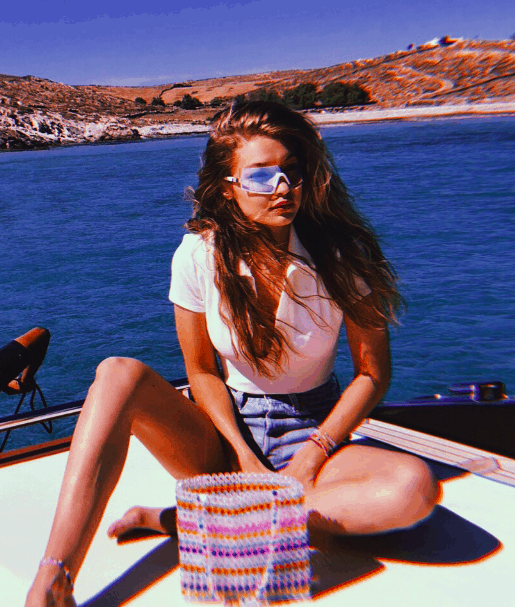 NYC-based jewelry designer, Alexandra, couldn’t have asked for a better endorsement of her bags if she tried. After making her signature beaded bags, which are valued between $120 and $345, just one year ago, A-list stars have flocked to get their hands on one ever since. Models such as Gigi Hadid, as well as her sister Bella and Emily Ratajkowski, have posted their photos of their new bags to their Instagram pages, and this has given Alexandra huge customer interest. 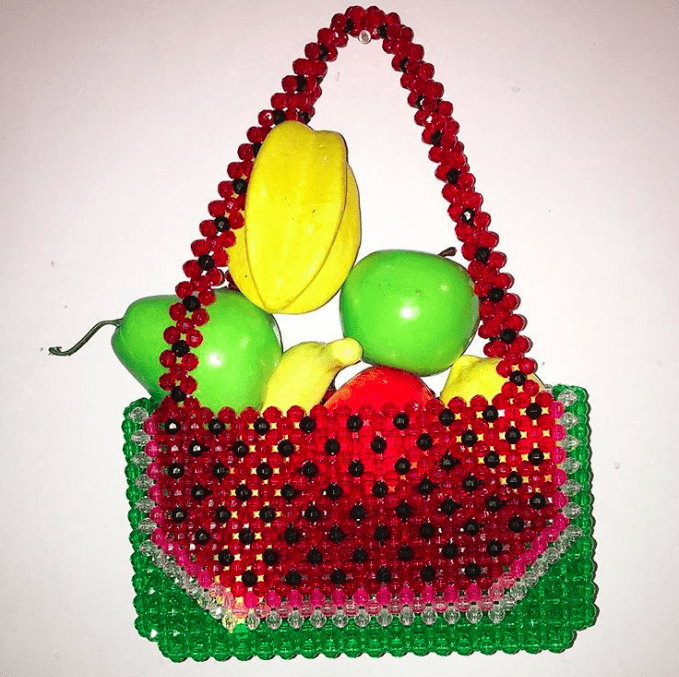 Alexandra had been making jewelry for six years before turning to bags and creating her first ever handbag with a watermelon design in 2017. Speaking of her first creation in Chinatown, she said it was “pure divine intervention” after passing a store selling beads. “I asked the lady, ‘Is there any way you can take these beads and make a purse with them?'” says the 32-year-old. “I’ve been making jewelry for so long. I never intended to make bags, but when I saw the material, I just had this thought that maybe this could be something.” 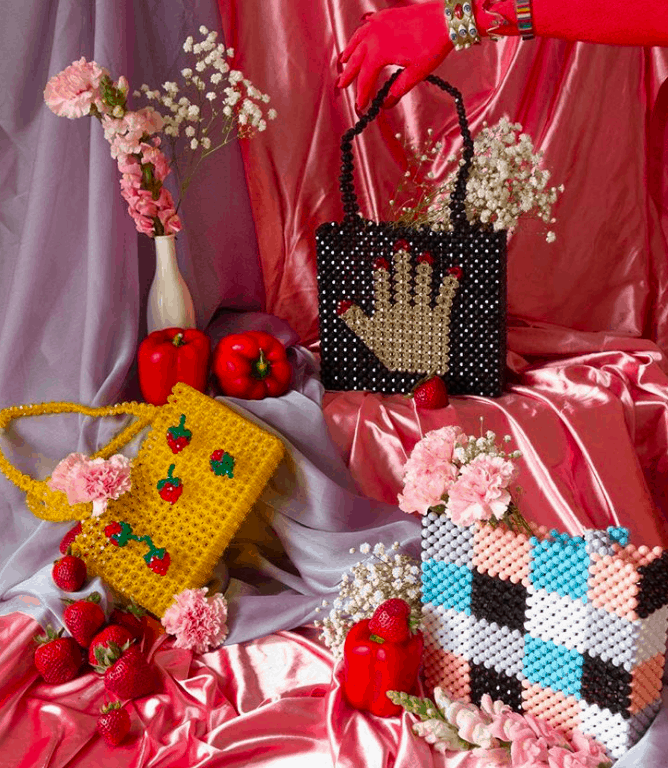 Having always searched for vintage bags but never having any luck in finding the right ones, she crafted her bag exactly the way she envisioned with seeds, rind, and all. “From there I was like, ‘Let’s see what else we can do that’s just as weird and unusual as possible,’ and that’s been my guideline since,” she says. She has since drawn inspiration from what she loves most – her favorite colors, fruits, and flowers, to create these unexpected but ever so popular handbags.

Although we’re barely out of our Spring/Summer clothes, it’s never too early to start thinking ...

Finally! Heels You Can Wear Comfortably All Day

Ladies, we all know that pain and agony. You go to the store to shop for shoes. You find an ...